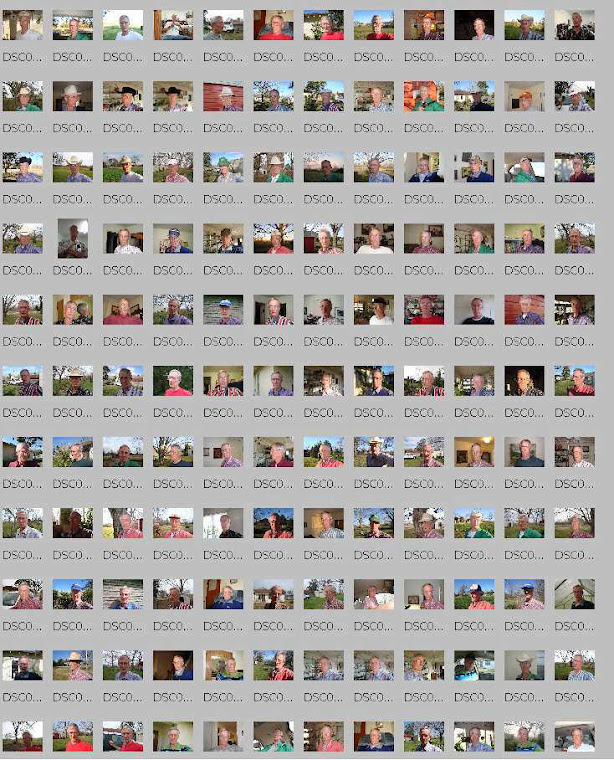 I have a little home garden where I grow tomatoes, peppers, carrots, squash, onions and a few other things including some sunflowers and zinnias.  There are plenty of weeds and bugs but nothing is worse than nut grass. 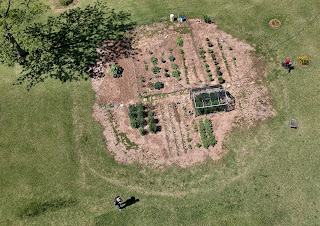 Nut grass is a sedge rather than a grass and is a huge problem here. Two years ago I declared war on nut grass.  It crowds out the vegetables and the literature says that it even gives off a growth inhibitor to inhibit growth of it competition. If you pull one up, cut it off, burn it or freeze it, it just grows more leaves from an underground nut. I had already tried that. So I conducted a few tests to try to kill it. 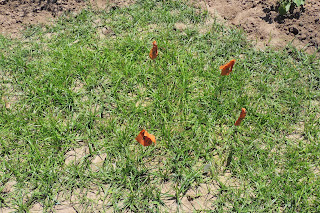 There are three commercial sedge killers available for home use. They are Bonide Sedge Ender, Image Nutsedge Killer and Sledgehammer sold by several suppliers. The active ingredient is different in each.  I bought a bottle of Bonide Sedge Ender.

I picked an area with lots of nut grass and in a spot where I would not plant anything for a couple of years.  I isolated three little areas.  1. Treated with Sedge Ender.  2. Treated with Roundup.  3. Untreated control.

Results: Sedge Ender knocked them down in about three days.  Roundup did the same in about five days.  After 16 days new ones were coming up in the test area although the Roundup looked a little better. A second treatment knocked them down again but they eventually came back. FAILURE. 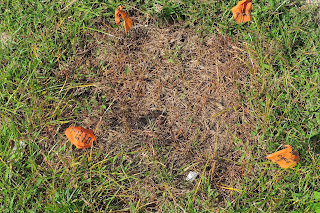 So I started digging them out with a shovel. By going deep I could get the nuts. I recently completed two years of digging nut grass. During that time I dug up 43,123 nut grasses.  My little round garden is about 90 feet across so that is about 6.8 nut grasses per square foot. It worked. The nut grass is well under control.  A few come up every week but I try to stay on top of them so they will not get out of hand again.  My garden this year looks better than it has ever looked.
Posted by Bobby at 3:15 PM 1 comment:

I don't know how high the stacks are in Newgulf. My intent was to look right into the top of one but I chickened out today. Thursday at home, I flew my Spark somewhere above 320feet and lost it in the sky. It became so tiny that after I looked away, I could not find it. I brought it down thinking I could spot it but never saw it. It landed in my field and I used GPS from an image to find it. No problem there. 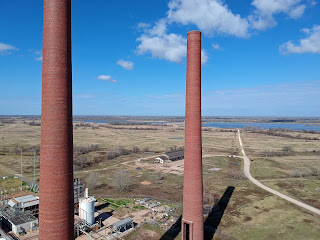 With this success, I will try again. The camera took this beautiful picture. 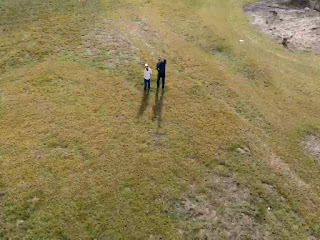 High  with a DJI Spark 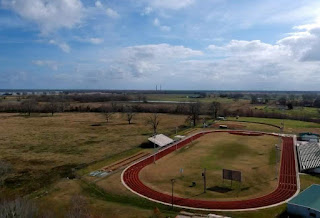 Lake Charles is about 200 miles from Boling.   L"Auberge is a beautiful casino and resort with a real sandy beach, pools, nice restaurants and of course, a casino. 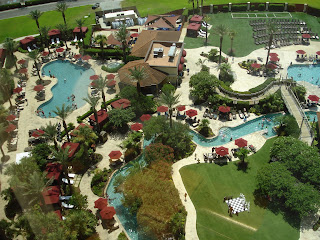 Our room was overlooking the pools.  Nearby was the Golden Nugget where you can walk a wooden sidewalk to visit. Note the refinery fire in the distance. 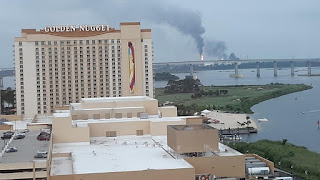 No, I did not win any money in the casino.  All my systems failed me.
Posted by Bobby at 6:27 PM 1 comment:

Over the years I have had several game cameras. These are motion activated cameras that are used to see what kind of game is moving around in hunting areas. They are also used for security purposes to see who or what is milling around in a given place. They can be set for single or multiple images  or for video. I have used mine mainly for fun to see what is in my yard or garden.  Since they also work at night using infrared, I see lots of night critters. I never knew so many things were moving around at night. I see cats and dogs that I never see during the day. There is also an assortment of skunks, rabbits, possums, armadillos, and raccoons.  I have seen one deer, one wild hog and one coyote in the last several years. In daytime there are squirrels, chickens, cats, dogs,  doves, mocking birds,  cow birds, cardinals, black birds and meadow larks.
The compost pile draws the most critters with the garden being second. Food scraps brings the possums and raccoons and they are sometimes there together. 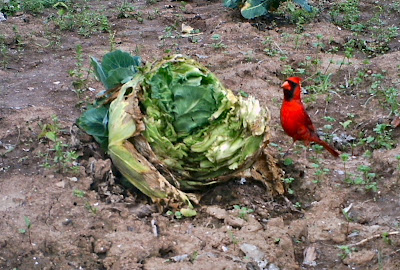 When I could not figure out what was eating my cabbages and broccoli, the camera showed that the rabbit was eating them during the night and the cardinal was eating during the day. I put up a rabbit fence and the rabbit still comes even years later to look through the fence. I guess he is still mad. 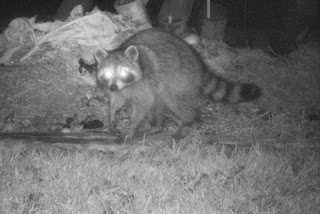 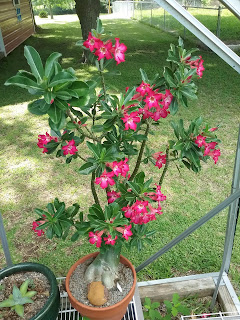 Castor Bean is a pretty little shrub with beautiful red flowers.  The bean which contains ricin is very poisonous. Castor oil is made from the beans but the ricin is removed in the process. 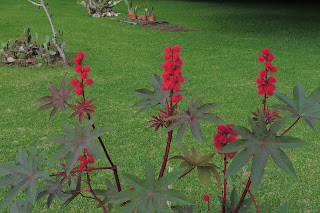 My dad always had a few Castor Bean plants in the chicken yard. I don't know if chickens are smart enough to not eat the bean but I don't remember any poisoned chickens.
Posted by Bobby at 6:57 AM 1 comment: